When I was originally creating this, the main purpose was to help some people learn the payouts for the Trips and Blind wager on a specific pay table.  The end result ended up just being something that people played more for fun than training, however.

You can download the game here, and once you open it, you will see the screen below. 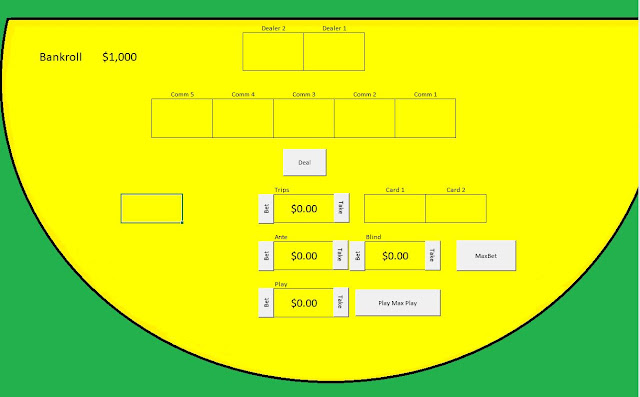 Your bankroll is listed in the upper left hand corner.  To play, you must post and Ante and Blind of equal value.  The Trips wager is an optional side wager, and the table max is $50 for Ante, Blind, and Trips.  You are allowed to wager 3x or 4x your Ante on the Play wager prior to any community cards being revealed.  After the first three cards are revealed you can play 2x, and after all five cards are revealed you are limited to 1x.

The pay table for this particular game is as follows: 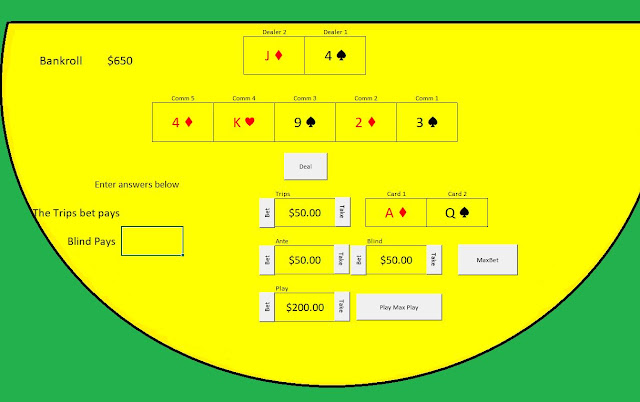 After the hand is played out, you will be prompted to enter what the Trips and Blind bet will payout.  This is 100% optional, and there is no penalty for just pressing "Deal" and skipping through it.  In the above example, the answer to both would be $0. 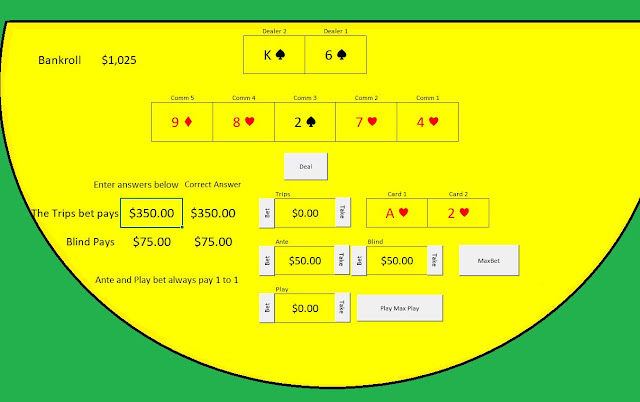 If you do decide you would like to practice this particular pay table, this is what the screen will look like when you write your answer and press "Deal."

*This particular game was never 100% completed, and as such, there are two instances in which the game will not behave as expected.  True five card ties will not be treated as a push, but as a loss for the player and a Royal Flush will not always play out correctly.  It is unlikely that I will delve back  into this game, although  I can't say it will never happen.
at 5:54 AM No comments:

Today I would like to share a S17 DAS Double Deck Excel game that I created.  Feel free to download and use this to practice tracking your running and true count, play long term to track a practice bankroll, or just as a fun game to play to pass the time.

Both the running count and the true count will be shown between hands, although there is a toggle to the left which allows you to hide these numbers until you want to check.  The Hi Lo count is the count used.  True count is calculated at quarter deck resolution, and then floored. 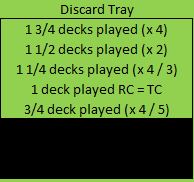 The discard tray is placed in the upper right hand corner, and displays the math needed to convert your running count into your true count.

If you Wong out at a certain count, you can use the shuffle button next to the discard tray to get a fresh shoe.  And if all else fails, there is an emergency clear button if you happen to run into a bug causing issues.  Enjoy!