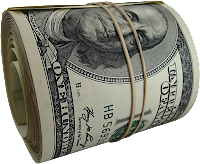 Establishing a bankroll can be one of the toughest obstacles a new blackjack player has to overcome. It does not matter how skilled the player is if he does not have the capital to back him up.

While individual bankroll needs will vary based on the house edge of the game, along with the skill of the player, a standard bankroll of 1,000 units will be a good estimate. If a player is planning to play the $10 minimum tables, he will need a $10,000 bankroll.

For your average, beginning blackjack player, this amount may seem insurmountable. Luckily, the player can use a replenishable bankroll.

With a replenishable bankroll, the player will only need a fraction of the bankroll, as long as they have an outside source of income to regularly contribute to the bankroll.

For example, let us say a player has $1,000, but the minimum table in the player’s area is a $5 table. The player would normally need $5,000 to play on this table with a reasonable risk of ruin. However, the player can contribute $150 a week to the bankroll. This means that in approximately 27 weeks, the player will have the full $5,000. It could be a little sooner, or a little later depending on how well he has been doing in blackjack.

During this time frame, the player plays as though he has the full $5,000. The cards do not care if a player is playing with five $1,000 bankrolls, or one $5,000 bankroll. A downside to using the replenishable bankroll happens when a player busts their initial bankroll, and has downtime while replenishing the bankroll back to an acceptable level to begin playing again.

An advantage for the player is the increased profit from playing with a larger unit, along with the ability to begin play much more quickly.

For anyone worried about protecting their bankroll while in the casino, here is a pretty clever belt that can be used.  Enjoy!

10 Step Blackjack is Now Available on Your Kindle! 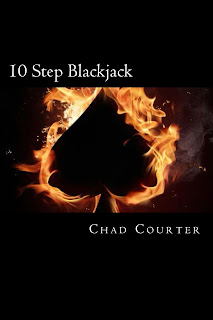 For those on the go, 10 Step Blackjack is now available on your Kindle or any other Kindle ready device!  Take advantage of Amazon Prime and borrow 10 Step Blackjack for free or purchase it at its reduced Kindle price!
at 2:54 PM No comments: